The CD Xt is the transport or disc spinning half of the ultimate CD player system. At the highest levels of CD player development, we have learnt that it is beneficial to separate certain sections of the CD mechanics, together with its relatively noisy associated circuitry, from some low-level digital sections. The most successful way we have found to do this is to manufacture the player in two separate and isolated die-cast chassis. The benefits bring higher resolution, quieter background, and improved imagery.

With the introduction of the acclaimed DAC X and DAC XP D/A converters, Cyrus moved into a new league for replay of digital sources by offering 192kHz up-sampling, true 192kHz DACs and full differential modes of operation. Now, the long-awaited CD Xt is introduced to complement the DAC XP and other established ‘X’ series components as a high-end ‘digital optimised’ CD source.

Partnered with a DAC XP and a pair of PSX-R power supplies, this four-box combination re-establishes Cyrus with a high-end system to succeed the reputation of the revered Discmaster/Dacmaster/PSX-R/PSX-R system. Featuring improvements to the disc-reading servo circuit, a power supply optimised for ‘digital only’ processing and the facility to connect a PSX-R power supply, the CD Xt more than justifies its ‘X’ series status. 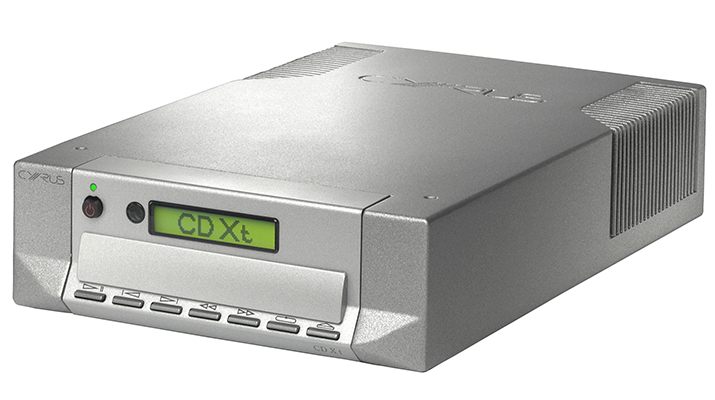