The Cyrus Two set the standard for ultimate audiophile amplification.  Designed to eliminate the extraneous aberrations caused by non-essential circuitry, the straight line Cyrus Two was “the” integrated amplifier for the pureist.

Amplification power is commonly defined in “watts” rating.  In order to boast elevated specifications, amplifier manufacturers, in an increasing battle over specs, pushed their wattage ratings upwards at the expense of poor current delivery.

The Cyrus engineers defined high current swing capability as being the most important criteria in amplifier design. This is due to the reactive nature of loudspeakers requiring high currents rather than current-starved wattage. Being able to deliver currents demanded by the loudspeaker readily ensures true reproduction of the complex musical signal. At 50 Watts per channel the Cyrus Two can swing a substantial current of 60 Amps peak to peak. The Cyrus Two incorporates a truly refined moving coil phono stage with excellent noise figures and minimal hysteresis, designed to work esoteric cartridges often costing many times as much as the amplifier. The direct CD input of the Cyrus Two eliminates unnecessary components that would otherwise interfere with the fidelity of compact disc reproduction. But it does not stop there, for music lovers demanding even greater power, the Cyrus Two can be upgraded with the addition of the Cyrus PSX outboard power supply. 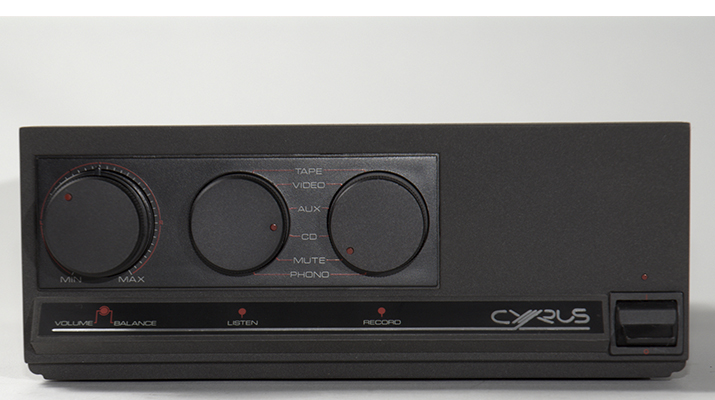