The Cyrus IIIi is a conservatively rated 50W per channel integrated amplifier designed to become the core of a quality audio system. Following in footsteps of the well respected Cyrus I & II, the Cyrus IIIi is an ‘improved’ Cyrus III which has moved on to address the life style requirements of the 90s as well as having the ability for expansion into a fully integrated audio-visual system. Added performance and the addition of a second auxillary input and the introduction of the Cyrus Audio Commander remote control. As a first upgrade, a PSX-R will enhance the overall performance of the Cyrus IIIi both in quantity and quality.

Cyrus IIIi features high grade SMD components throughout which assist in topology optimisation resulting in shorter signal paths. This is highly desirable in a quality audio amplifier in helping reduce a multitude of complex distortions and adverse interaction with the environment.

A major design mandate of the amplifier was the total symmetry of the design. This has been substantially achieved throughout the phono, line and the power amplifier sections. The true symmetry is particularly important in the power amplifier stage, that handles high signal currents, to provide stable image and accurate localisation cues. A sophisticated 180VA toroidal power transformer forms the essential part of the Cyrus IIIi advanced linear Power supply system. The “zero-mechanical-noise” core design of this transformer ensures high performance within an unusually wide AC mains voltage. The patented slit-foil reservoir capacitors dispel circulating eddy currents in the foil reducing the ESR as well as substantially increasing the effective power supply bandwidth as seen by the amplifiers. 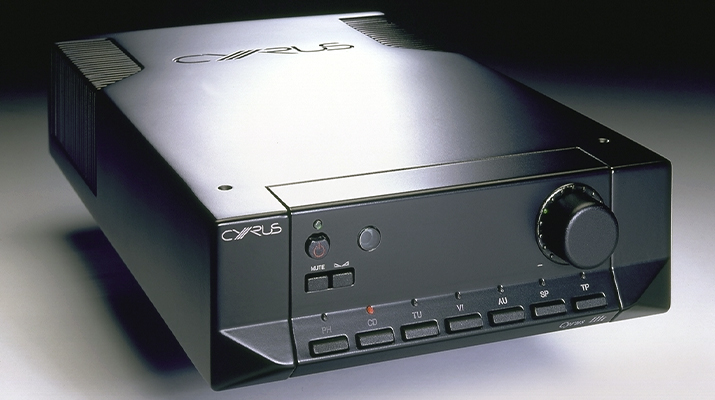