The controls on the front of the LFAU enabled the user to tune the speakers to the room environment. The extension control adjusted the lower cut off frequency to the system. Using the wide band mode the system extends acoustically down to 20Hz and up to 45Hz in steps of 5Hz. The bass control knob controls the general level of the bass frequencies in the band of 20Hz to 150Hz, with the emphasis in the 60 to 120Hz range. The level control adjusts the acoustic level of the low frequency unit in relation to the mid range units. This control gives a total adjustment of 6dB in bass level, primarily in the lower two octaves of the audio band. The unit could be further upgraded by adding a PSX. 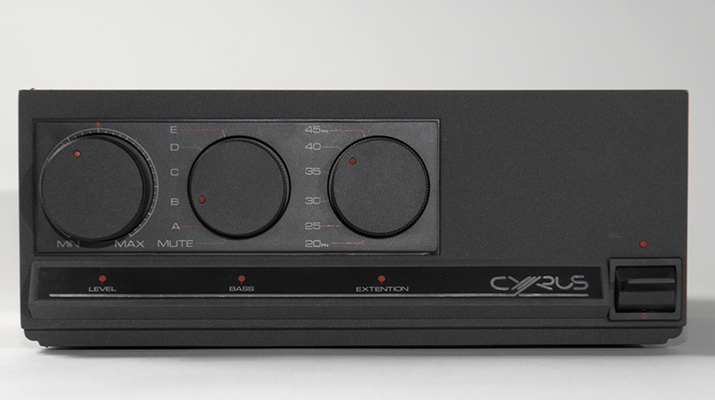