Designed to be light and contoured to fit in the hand easily, n-remote was released alongside our range of network media streamers. This product allowed full control of paired streamers via an RF interface and full colour screen. Infrared control of other Cyrus products and even home entertainment products from other brands was also included within the functionality. Supplied with a docking station, the n-remote could be recharged via the dock or via USB without the need for battery replacements.

The n-remote featured a full colour screen, capable of displaying album artwork up to 300×300 pixels, as well as the full range of control options for the streamer. The use of RF control rather than infrared allowed multi-room support (in the case of multiple streamers on the network), as well as control of the streamer without the need for line-of-sight, as required by traditional infrared remotes. An additional infrared device was included within the n-remote to allow control of other Cyrus products, as well as products from other well-known home entertainment brands by utilising the downloadable configuration tool

A motion sensor within the n-remote intelligently sensed when it was being used to light the screen only when necessary, saving on battery life. An internal rechargeable battery allowed years of use without the need for battery replacements, with charging achieved by placing it into the supplied docking station, or connecting it via USB to a computer, mains power socket, or the streamer itself. The N-remote was eventually discontinued in 2015 due to improvements in controlling our range of streamers via the Apple and iOS-based app, Cadence. 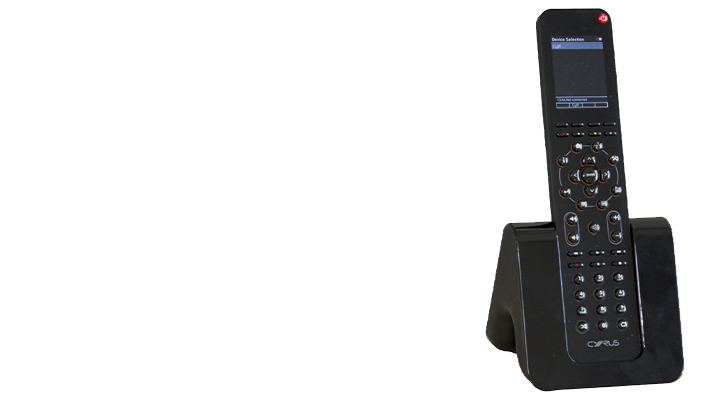